This pretty much explains my absence.

I had plans to rave about how much I love him and how sweet he is, and I do feel that way, but first I want to tell you that today he ripped a hole in one of my favorite sweaters, peed on the floor and literally would not listen to a word I said.  I am learning that puppy life is harder than I thought it would be and today was definitely an example of that! 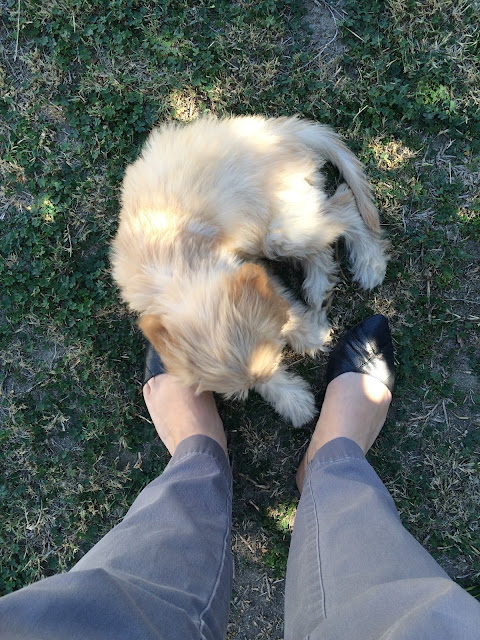 All that being said, this little guy is such a treat for Bill and I.  We named him Norm because we met about 5 or 6 goldendoodles (which is what he is by the way - half golden retriever and half poodle) all named Murphy and felt like that was a very old fashioned name.  We wanted a name that would be Murphy's old man best friend, and so we came up with Norm and it stuck.  Rooney is one of Bill's favorite soccer players, and so the name was decided!  Norm Rooney is really a perfect fit for him. 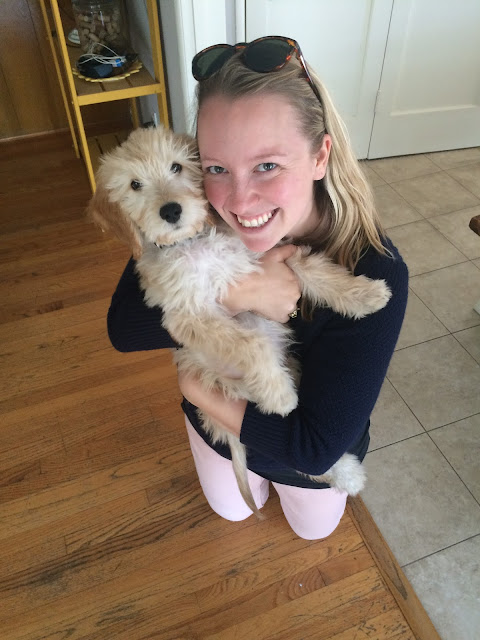 The amount that I have been overwhelmed is probably not ok, and I should probably just be honest.  Everyone always talks about how great puppies are and how much we would love the experience, but y'all it has been so hard and often in the last two months I have wanted to throw in the towel.  I feel yoked to my house, overwhelmed by things he does, and generally frustrated with the amount of attention he needs.  I guess I should have done more research huh! 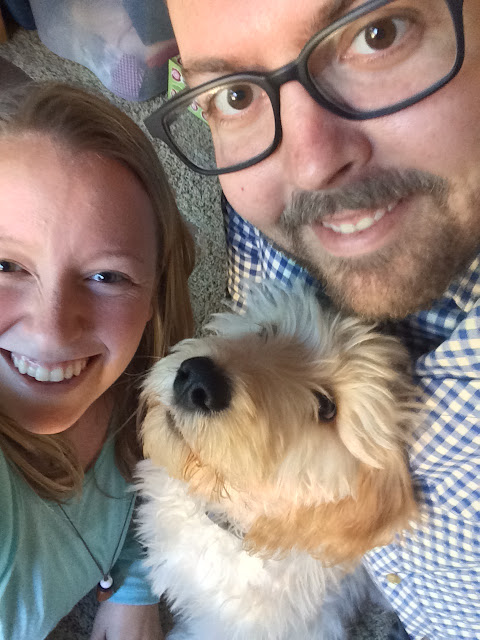 But then he looks at me with that fluffy face and he snuggles onto my leg and he runs around in our backyard like it is the best day of his life, and the truth is, I forget howfrustrated I am with him and see him as the sweet little peanut that he is.  I love him so much its embarrassing.  I cannot get enough of him.  Yes I am contradicting myself.  But I can't help it, I really feel conflicting emotions!  He is my best friend and my least favorite creature on the planet at different moments. 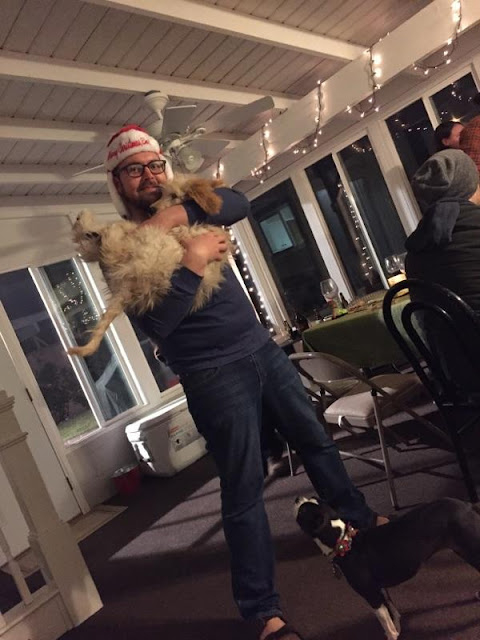 He is super smart and I know in the end it will be worth every moment of frustration because he is already such a member of our family.  I can't even believe the things that come out of my mouth about my obsession with him and how much I just want to run home and snuggle him all the time.  I guess that is the beauty of pet parenting, a mess of emotions tangled up into a great love for that little baby.  Must be a preview of parenting!

This post felt rushed and like I cannot really put into words the experience we have been having, but such is my life right now.  Know that as I navigate this new world, I will grow more and more into being comfortable with it and hopefully have more to tell you about it all.  And yes, he really is that cute in person.  It's over the top and he is like a stuffed animal :)