Chicken or Fish? - My Little Brothers Wise Words on a Controversial Topic

January 23, 2013
I guess you could say my family is expressive, but that would be an understatement.  We are a verbal group who, among other items, enjoy quiet contemplative conversation in direct contrast with exuberant celebration.  We sing and dance and laugh and cry and are comfortable with our emotions and antics.

All this being said, my younger brother Stephen contacted me recently and asked if I would be willing to let him guest blog on here, and my first thought was absolutely.  Then he let me know the topic he wanted to write on, and while I was still excited, it is definitely a topic that holds massive amounts of tension and opinions.  However, as he indicates in his words below, I by no means want to push his (or my) opinion on you, rather merely to have you take a look at his heart.  His intentions are pure and I support his processing with my entire being.

So, without further ado, please read what his heart has been turning over and his brain can't seem to let go of. 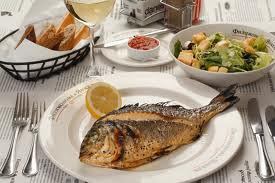 "Recently my beautiful girlfriend and I were having a discussion concerning the last election. For those of you who do not come from my home state of Maryland I am not sure what was on your ballot, but one of the most controversial and talked about questions on the ballot was concerning the legalization of same-sex marriage. I will not tell you how either my girlfriend or myself voted, because that is not the emphasis of this post, but out of this conversation came an incredibly profound question that I have been pondering for a few weeks now. In the middle of the conversation Nikki (my girlfriend) looks at me and asks, “How do you think Jesus would respond if He received and invitation to a gay wedding?”

Being someone who went to Bible college and studied scripture I have thought a lot about the subject of homosexuality, and I have looked at it from a variety of angles, but I must admit this isn’t a question I had ever been asked before. I could tell you what a lot of scripture says about homosexuality, I could tell you how I would personally react, but since this is something that never surfaces in Scripture, it is not a question I have ever asked myself (or at least not from this angle).

Now here is where this becomes a touchy subject. If you know anything about me or have ever met me then you would know that I am one who does not want to offend anyone. I almost didn’t publish this because this is a very hot topic of debate right now, and I didn’t want my sentiments to become lost in a message board of comments, but in order to get to the bottom of things and to set up my argument I must first share what I find in scripture.

Being a student of the Scripture I will say this, it is clear to me that scripture does not condone the acts of homosexuality. This will open the debate about whether someone is born a homosexual or chooses it as well as many other questions. All I can speak to is the fact that Scripture condemns the acts of homosexuality, but it does not condemn someone who would be born homosexual it merely condemns the acts, in the same way that lust or sexual sins are condemned in scripture (which are sins that could be committed regardless of sexual orientation). So we will use that basis in going forward.

So here is the situation. Jesus walks to his mailbox in Jerusalem and opens the mail and there is a hand addressed envelope for him. He opens it and it is from someone whom he knows well, a friend even, and as he open the envelope he finds an invitation for a wedding ceremony between two members of the same sex. Inside the invite is a response card. They will be serving the standard Chicken or fish, and knowing who Jesus is they even offer him a plus 12. How does Jesus Respond and which box does He check? Is it the “Yes we will be there and we want the chicken,” “Yes we will be there and we will all be eating fish,” or “No we will not be attending.”

Christ was not one who went marching around picking fights. In fact the only people who he usually got into fights with were those who perceived that they had everything figured out (christians). As for the rest of everyone Christ was invited to the homes of tax collectors (crooks and thieves of their day) he came to the defence of the woman caught in adultery (which by the way how did the Pharisees happen to “catch her in the act”), and his disciples were a bunch of tax collectors, religious school drop-outs, and not to mention some of them even had rage and other issues. Mark very clearly states that Christ came to save the sick, and the lost, he did not come for those who were doing just fine (or at least perceived they were). Jesus said to them, “It is not the healthy who need a doctor, but the sick. I have not come to call the righteous, but sinners.” (Mark 2:17) We see time and time again that Christ went and was around those who the religious would look at as the most lost, and what did he do for them. He loved them.

Christ meets you where you are. It is very seldom seen in scripture where Christ walks into a room and starts spouting off what He thinks of a situation. He attends dinners in the homes of tax collectors and after having dinner with them is able to speak truth to them. God is a God of love and also a God of relationships. The reason I set up the situation in this manner is because I want there to be a delineation. This invite is not coming from someone who didn’t know Jesus and thus didn’t know what he believed. This invite comes from someone who knows who Christ is, and thus knows everything which Jesus holds as truth.

As we look at the life of Christ from Zaccehaeus who was a corrupt tax collector, to Mary Magdalen who was a prostitute, to Matthew his disciple who was a tax collector, Peter who had severe rage issues, to Timothy who struggled with unbelief. Who is to say that any of these sins are not as bad or separate you from God less than homosexuality. I will not ever tell someone their sin is worse than mine. We all are in need of a loving God who meets us where we are, and loves us where we are and holds viciously to what he knows is truth.

In short, Christ would respond, “Yes we will all be attending, and we will all be having the Chicken,” because I am pretty sure they have grown very tired of fish.

Honestly, I grow to respect him more each day. Sometimes it jumps up and takes you by surprise when your little brother grows up, forms his own opinions on matters such as these, and continuously attempts to challenge his faith and the word of God until he can wrap his head around it as best he can and move forward. I'm proud of you Stephen, keep sending your writing over - it's gold.

I encourage us all to process this way, write it out and approach it from a scriptural perspective, instead of just asking what you would do/say. Please. process with us and feel free to send me anything you would like me to share on here. I am open to any and all expressions.