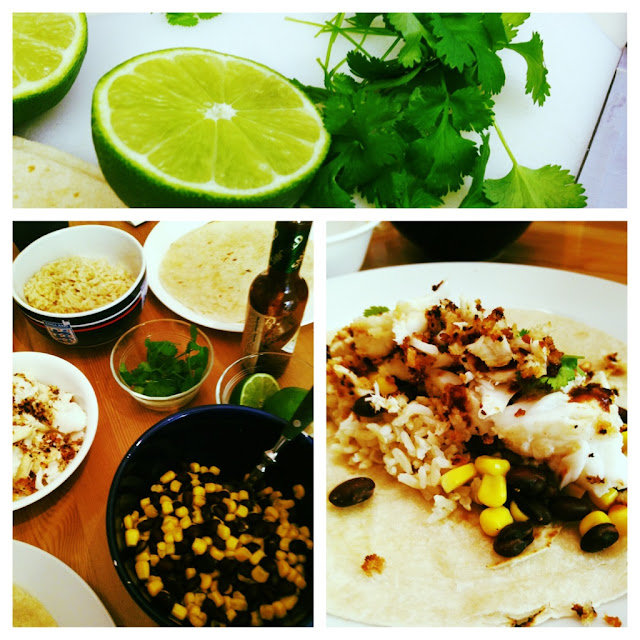 A few months back (for our two year anniversary) I got Bill seeds for a garden to be planted in the spring for the summer.  Well, said garden was planted, and if I am honest I was a lot skeptical of its potential.  I have never had very much success at growing things (remember Tom), and I thought we were going to fail, but I didn’t want to let Bill down, so I enthusiastically told him how much I believed we would succeed.  He knew I was a doubter though, and called me out on it once.  I just shrugged my shoulders.  Man was I wrong!  That little garden is so happy, and flourishing on Bill’s deck :)

While a garden post is coming soon, today I want to focus on the beautiful cilantro in the top picture.  If this was all that came out of the garden, I would consider it a success; but everything seems to be growing strong! The others veggies will make appearances one by one as they are cooked into dishes.   I just could not contain the rush of exhilaration that came with cooking with something we grew.  It was so wonderful.  As we picked it off the plant and it went right to the table I felt like I had accomplished something fantastic.  Something simple.  Something self-sustaining.

Cilantro is a very distinct flavor, and every time it burst into my mouth I was filled with excitement for our growing plants all over again.  These fish tacos were so delicious because they represented something Bill and I love, fresh produce.  We check on our plants often and get so excited to be able to see growth.  The rest of the ingredients were simple.  Brown rice, black beans, hot sauce, corn, tilapia chunks, and fresh limes.  We marinated the tilapia in some fresh squeezed lime juice and smoked hot sauce and then pan seared them.  The healthy combination made for a perfect meal, although I would have made some fresh guac and had a little salsa next time.

I can’t wait to debut the rest of our garden, but for now, let us know if you need a little cilantro!  We have tons :)﻿
﻿